A thanks to all who supported IAM11. The Union and Company have reached a fair settlement that has been agreed to by the members. #bclab#clab

Proud Fighting Machinist’s tearing down the Picket Line after achieving a Desirable Collective Agreement after being Locked Out by AVCORP Industries. We want to thank everyone for your Solidarity and support. 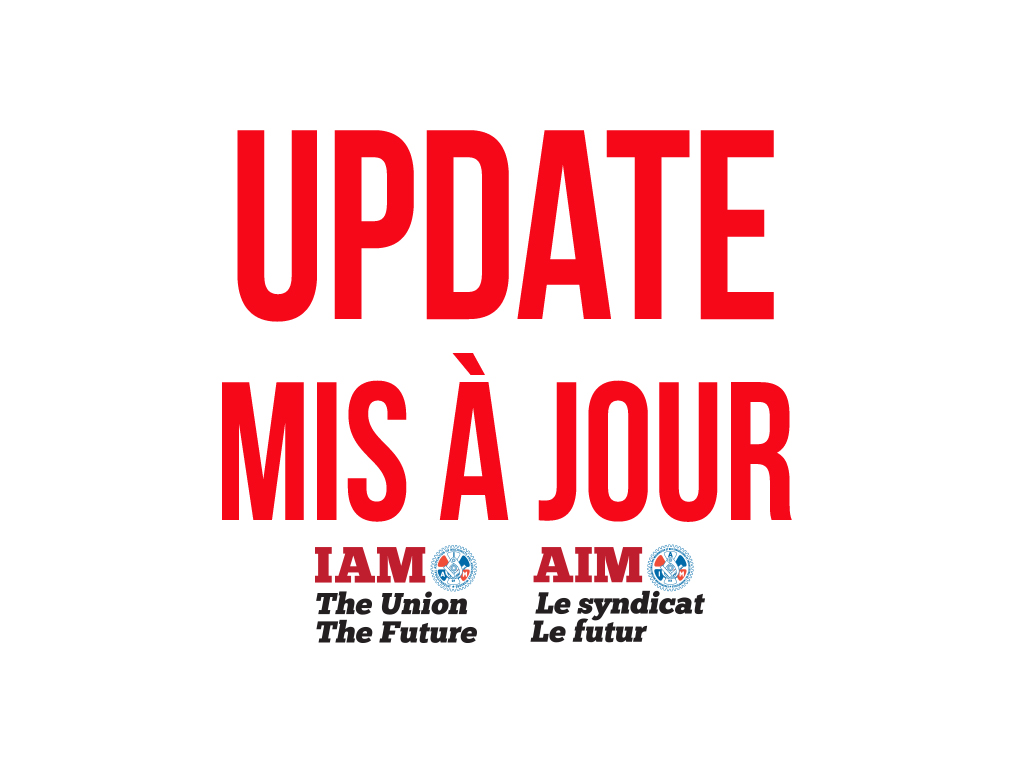 Yesterday afternoon, the union and the company returned to the bargaining table. We met and agreed to meet agin this morning. We will let you know of any progress as soon as we can.

Here are some photos from our strike line. The members were strong and resolved in their solidarity! 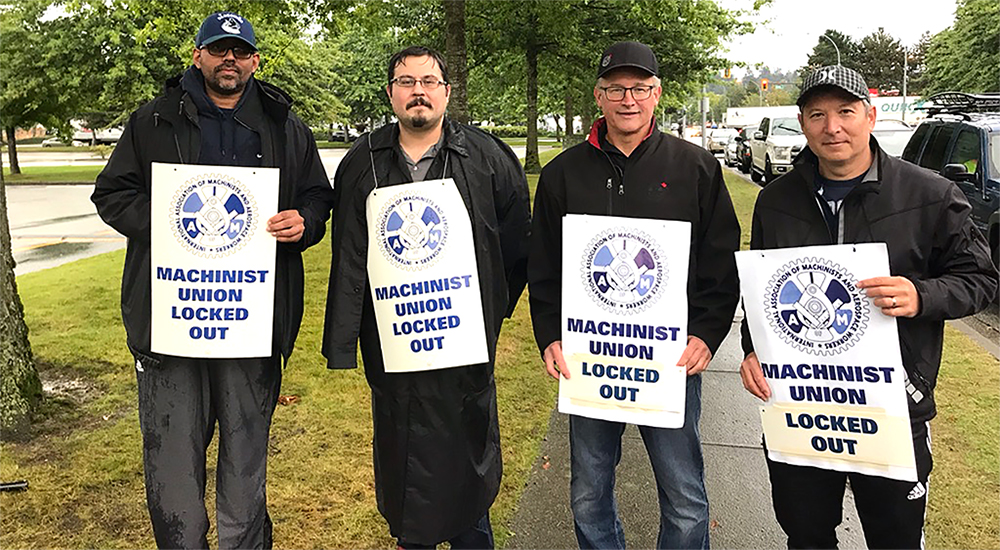 Air Canada chief executive Calin Rovinescu has taken to the Internet to spread his message about the desperate need for a moratorium on payments to the airline’s various pension plans.

In his second YouTube “conversation” with employees since becoming CEO in April, Rovinescu said the cash-strapped airline can’t afford to wait for Ottawa to complete a broader study of its pension rules, which is anticipated to provide relief for several struggling corporations.

Air Canada is facing a pension deficit of $2.85 billion at a time when demand for air travel is plummeting because of the weak economy.

“In our case, our situation is much more urgent,” Rovinescu said in a nine-minute video posted on the popular website earlier this week.

Rovinescu is one of a growing number of North American chief executives seeking to harness the power of the Internet and social-media sites such as YouTube, Facebook and Twitter to reach employees, investors and customers.

He called on the airline’s union leaders to get on board with idea of a moratorium, stressing that Air Canada does not intend to cut benefits or move away from the current benefit pension scheme. “My sense, to be frank, is that there should be support from Ottawa, provided that our own members, the unions, employees and retirees, are in favour of finding an alternative solution.”

But Air Canada’s unions have so far been unreceptive.

“We have made it very clear that pensions are non-negotiable,” said Bill Trbovich, a spokesman for the International Association of Machinists and Aerospace Workers, representing mechanics, ground crews and baggage handlers.

Trbovich said employees are frustrated after agreeing to more than $1 billion worth of concessions during Air Canada’s restructuring in 2003 and 2004, only to watch parent ACE Aviation Holdings Inc. sell off lucrative side businesses, such as Aeroplan, and distribute most of the proceeds to investors.

Analysts are concerned that, without a moratorium, Air Canada’s cash situation will become even more precarious. The airline, which posted a $400 million loss during the first quarter, has slightly more than $1 billion in cash on its balance sheet, and is facing $570 million in expected pension funding requirements as well as $617 million in debt payments over the next year, according to analysts.

Air Canada is also trying to negotiate more favourable terms with one of its credit-card processing companies, which will require the airline to have more than $1.3 billion in cash on hand by the end of next month. Rovinescu said a moratorium is only the first step in piloting Air Canada back onto stronger financial footing. The airline also needs to reduce costs to make it more competitive against rival WestJet Airlines Ltd., while avoiding any labour disruptions during the busy summer season, he said. All of Air Canada’s unions will be in a position to strike by the end of June for the first time in five years.

Air Canada’s shares closed at $1.32, up two cents, on the TSX yesterday.

Welcome to the website of IAMAW Local Lodge 11. We represent some 450 aerospace workers in Delta, British Columbia. Stay tuned as we bring you news and information about our local lodge, our national union, and the North America-wide aerospace industry in which we work.

The editors of this website are lodge members Paul Pelletreau and Roger Annis.

LL 692 members at AK Draft Seal have walk off the job after rejecting the company's final offer. Outstanding issue include respect in the workplace and livable wages

The #CLiFF2021 award winners have been chosen!

The five winning films will be screened at a special global online event this Saturday.

Join us beforehand to meet the filmmakers, from all over the world, in a Zoom discussion session.

Service to the Community is not only part of the IAM’s motto, it also forms part of our core belief and practice. This has again translated into IAM members doing their part and looking out for the greater good. @Protein_project